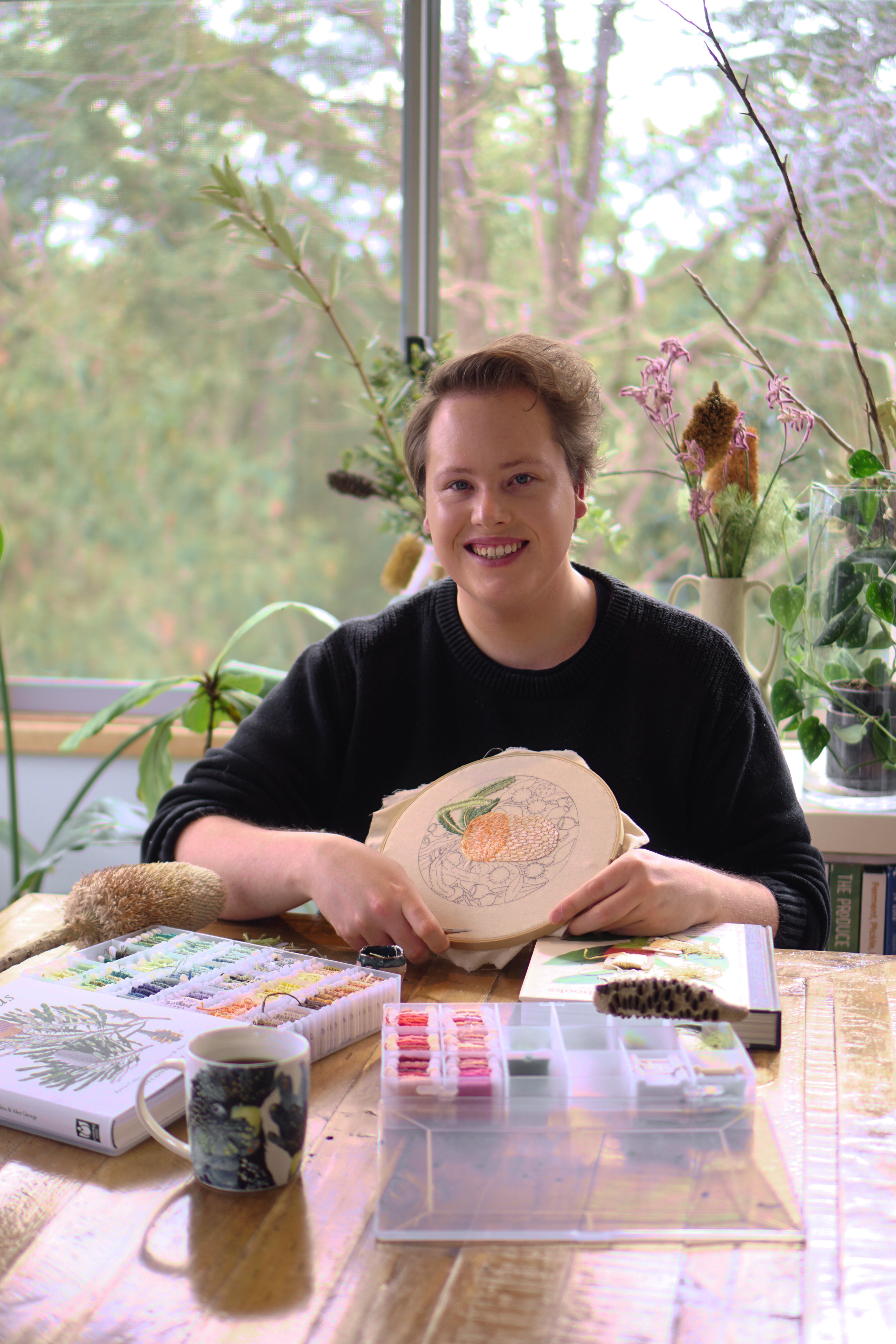 Based in the Blue Mountains, Jack Buckley's artwork is heavily influenced by the natural world, particularly the Sydney region. Jack’s always on the lookout for east Australian species that highlight the natural beauty, and environmental importance, of Australian flora. This is reflected in his work, which heavily features species such as banksias, eucalypts, waratahs, wattle and many more. Initially working largely in illustration, Jack’s creative drive has led him to explore different and often under looked mediums- particularly hand embroidery. Combining his adoration for native Australian species with an interest in both classical and contemporary scientific art, Jack creates highly detailed embroidered profiles of native species, which are often featured against a backdrop of complimentary species that can be found in their environments. The Royal Botanic Gardens, as well as the Mount Annan and Blue Mountains Botanic Gardens, have consistently been rich in inspiration for an artist such as Jack. The Gardens highlight many elusive species, and provide fantastic reference for the detailed aspects of Jack’s work.