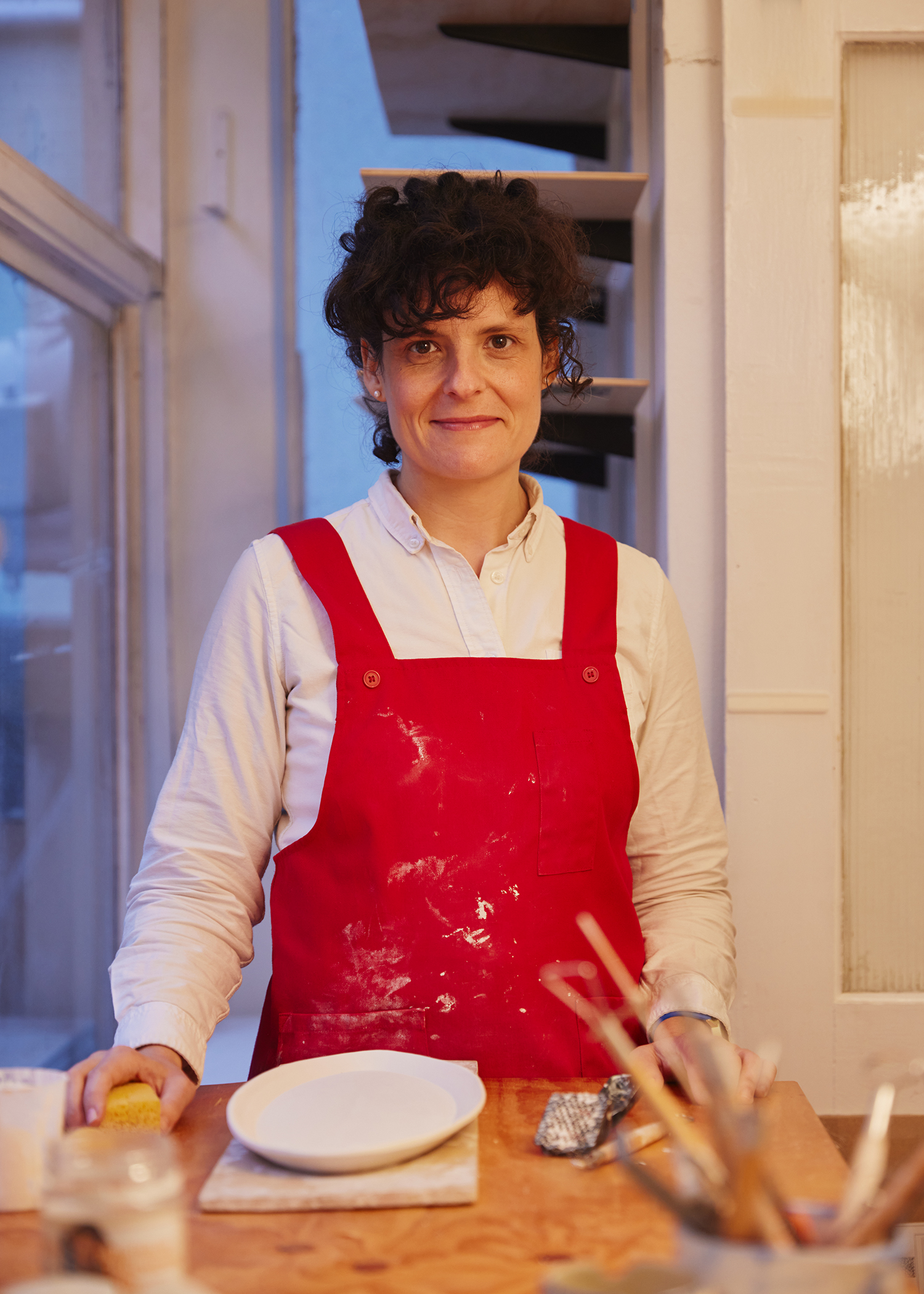 Araceli Adams runs the small ceramics studio Casa Adams Fine Wares (with the inestimable help of her husband Dominic) in Sydney's Inner West. Born in Spain, she was introduced to ceramics in Toronto (Canada) and to the mysteries of porcelain in New York City's Greenwich House Pottery. Araceli holds a BA in English, an MA in Marketing and a Diploma of Ceramics (with Distinction). In a nod to hand-coloured 18th century natural history copperplate engravings, Araceli monoprints her illustrations on to the clay pieces she also makes by hand. After a first firing in the kiln, she paints them with watercolour-like washes of underglaze. Each piece is then meticulously glazed and fired a second time, producing functional artworks that are equally at home in daily use or on the wall. The studio’s designs are inspired by Australia’s rich biodiversity, with the aim to recreate the wonder and curiosity felt by botanists during the Age of Discovery. As the climate changes and more natural habitat is lost, Araceli hopes her works elicit the same wonder and joy, so we may be more inclined to value and preserve what we have. Additionally, the studio contributes to Carbon Positive Australia by planting a native tree or shrub for each piece sold. Araceli's work mirrors that of the Gardens in its focus on native Australian plants and the local pollinators that rely on them. Each plant species is painted with botanic rigour, each insect is identified, so the ceramic pieces serve not only as functional wares but also as educational tools. In terms of the studio's Australian fish collection, many of the species (including the Pacific Rockcod and Eastern Wirrah) can actually be found in Sydney's harbour, which borders the Gardens.

Araceli will have more work available at our in person exhibition in March 2022.